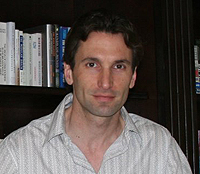 MARCEL KUIJSTEN is Founder and Executive Director of the Julian Jaynes Society, a scholarly society and publisher focused on exploring and promoting the work of Julian Jaynes, one of the most original thinkers of the twentieth century.

He is also co-editor (with Brian J. McVeigh) of The Jaynesian, the newsletter of the Julian Jaynes Society.

He earned Bachelors degrees in Psychology and English and a Masters in Business Administration. His interests include the origin and future of consciousness, Julian Jaynes’s bicameral mind theory, evolutionary psychology, non-conscious influences on behavior, the nature of opinion formation and belief systems, plant-based nutrition, and animal rights.